NEWSLETTER
JANUARY 2022
A DAY OF HOPE RAISES FUNDS FOR SHOH
We have tentatively scheduled A Day of Hope for Saturday, April 30, 2022 at the Classic Club in Palm Desert. We hope to be able to gather again in person and thank our generous supporters in person.  Details will be announced in early 2022.
NEW VIDEO
As part of A Day of Hope, SHOH produced a new informational video documenting our organization and the impact we have on the lives of the women we help to overcome substance use disorders and rebuild their lives. The video was expertly produced by Jonatan Hazzard of JTL Films and serves as a moving tribute to our clients, staff, and Board of Directors. Please watch and learn firsthand about what we do and our value to the community.
Watch our new informational video
Visit our website
Make a donation
Soroptimist House of Hope
President’s Message

October 2021 – December 2021
Happy New Year! Welcome 2022! Soroptimist House Of Hope has managed to surmount another trying year. We give kudos to Executive Director Rebecca Norton for strongly leading, and Lupe Stoneburner’s assistance with our wonderful
On May 11, we hosted a Mothers day Tea Party that entailed a virtual get together with a pre- mailed party favor box. It was great fun for all participants. Our 40th anniversary year was celebrated in September with a virtual event and a new video which can now be viewed on our website. We are very thankful for the continued support from all friends of House of Hope. We acknowledge with sorrow the loss of beloved sponsors and spouses who have passed this year. Soroptimist Palm Desert member Ella Manor, former SHOH board member Jane Turner; Margaret Henderson’s husband Len; and Board member Charlotte Hughlett’s husband Bert. Our staff have also lost family members thru the months.
Our condolences go out to our friends and families for their loss.
The next year will bring some construction to the DHS House that all will have to work around. Pictures and details to follow.  And of course, we try to expect the occasional surprise/ obstacle that may pop up!! We know that patience and flexibility and trust in God’s blessings to guide us, will keep Soroptimist House of Hope on it’s successful path.
May God Bless us all in 2022
Trish Klimkiewicz
SHOH Board President
CELEBRATING 40 YEARS OF WOMEN HELPING WOMEN
1981-2021 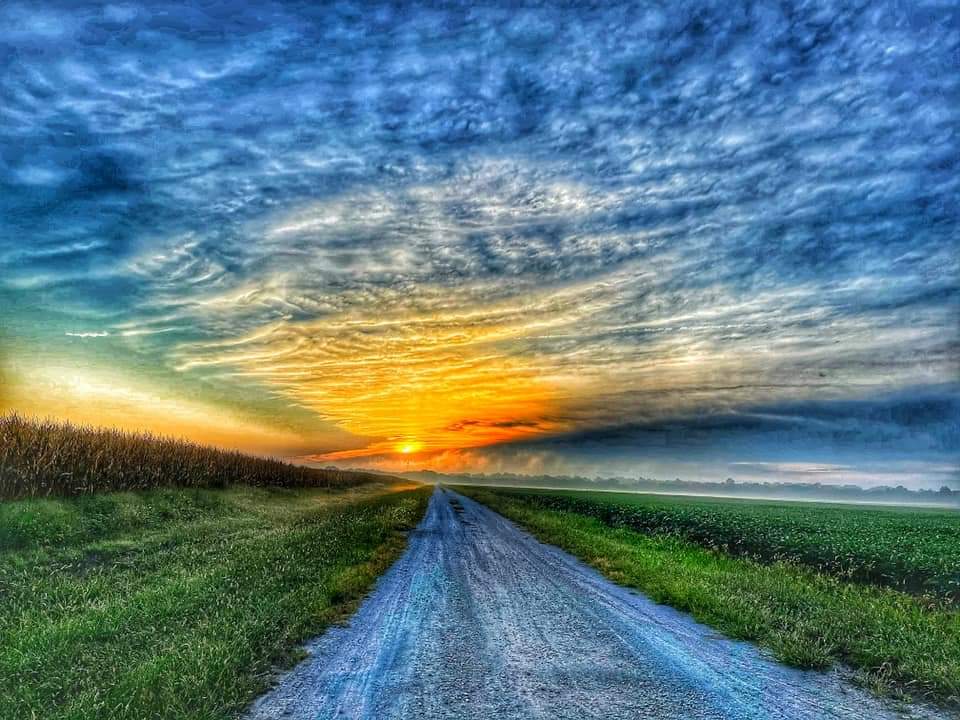 October 2021 – December 2021
HAPPY NEW YEAR! We have recently celebrated our 40th year of helping women!
This quarter has had its ups and down’s. Soroptimist House of Hope has grieved several friends and supporters, and pieces of our heart have remained with the family’s they have left behind. “
Weeping may tarry for the night, but joy will come in the morning”.
Our new friendships and supporters have increased during this time with the City of La Quinta and their generous “startup grant” of $500 as well as the S. Mark Taper Foundation. We were blessed during this holiday season and were able to provide gift cards to our residential and transitional programs for Christmas morning. We prepared with the clients and residents a beautiful meal and spent the day with them, being grateful we were able to share the holidays with these extraordinary women. The residents in the Banning Recovery Residence received gifts from our friends in SI Beaumont Banning and Fran DeVry which they were extremely grateful for. My favorite time of the year is when we celebrate with the women we serve and see the strength and fortitude they exhibit as they work towards repairing the devastating effects of addiction.
Like the rest of the world we still face COVID every time we step out the front door. The Board of Directors has approved an addition to the DHS house. We will be building an extra room on so that we can have a Quarantine room for the clients when they are first admitted. This will enable us to bring the women in immediately as opposed to having them wait to get tested on their own. There is always a very short window in having them wait and then we lose them. This way we can help them sooner and the process is more proficient.
{The Lord is good to everyone. He showers compassion on all his creation. Psalm 145:9}
To help us with our mission with a recurring and/or one-time donation, please visit our website at www.recoveryhouseofhope.org
Your support is deeply appreciated by our Board of Directors, our staff and the women we help recover from the ravages of addiction.
Peace and Good Health to You,
Rebecca Norton, CADC-II, ICADC
Executive Director 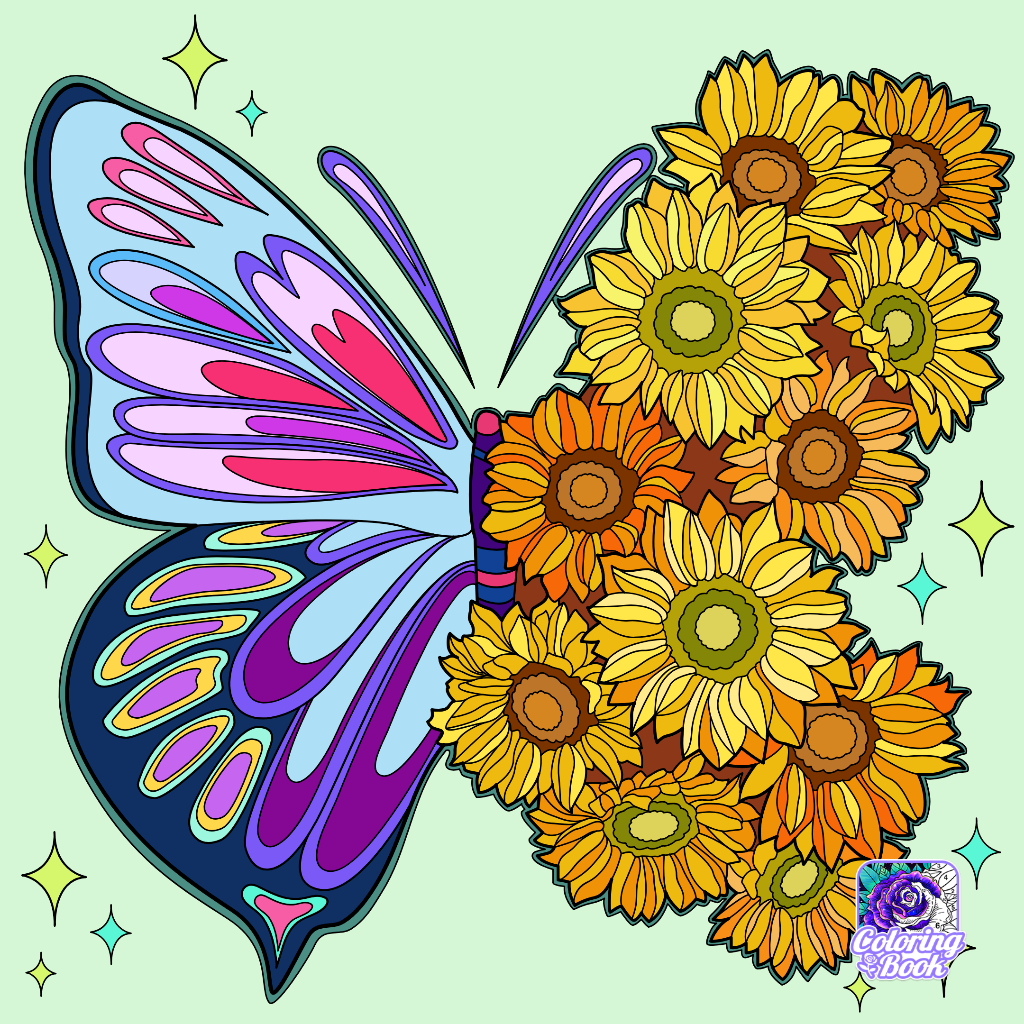 In lieu of flowers please donate to your favorite charity or to Soroptimist House of Hope at recoveryhouseofhope.org.

Soroptimist House of Hope is proud to announce that we have received a $25,000 General Operating Support grant from the S. Mark Taper Foundation. The Foundation is based in Los Angeles and is dedicated to enhancing the quality of people’s lives by supporting nonprofit organizations and their work in the communities of Southern California. The Foundation’s generosity will support our ability to provide our substance use disorders recovery services for low-income women of Riverside and San Bernardino Counties and help us to maintain our financial sustainability so we can assist as many women as possible in 2022. We are grateful for the S. Mark Taper Foundation’s belief in our efforts, and we extend our sincere thanks!

WAYS TO GIVE
Support by Shopping at Ralphs

Ralph’s Cardholders can Help the
Soroptimist House of Hope
If you shop at Ralphs, simply go to their webpage www.ralphs.com and at Community Rewards, sign up for Soroptimist House of Hope. Then a donation will be made by Ralphs to SHOH every time you shop. We receive a check directly from Ralphs every quarter. Thanks, Ralphs, and thanks to you for signing up.
Got Questions? For more information please visit Ralph’s website by clicking on this link for Frequently Asked Participant Questions and Answers.
Visit www.ralphs.com or
www.food4less.com.
Emails can be sent to community.programs@ralphs.com
Support by Shopping on AmazonSmile

Shop on Amazon to Help SHOH.
Amazon will donate a portion of your purchase to SHOH! Simply click this link and log into your Amazon account. Thank you for your support!
Make a donation 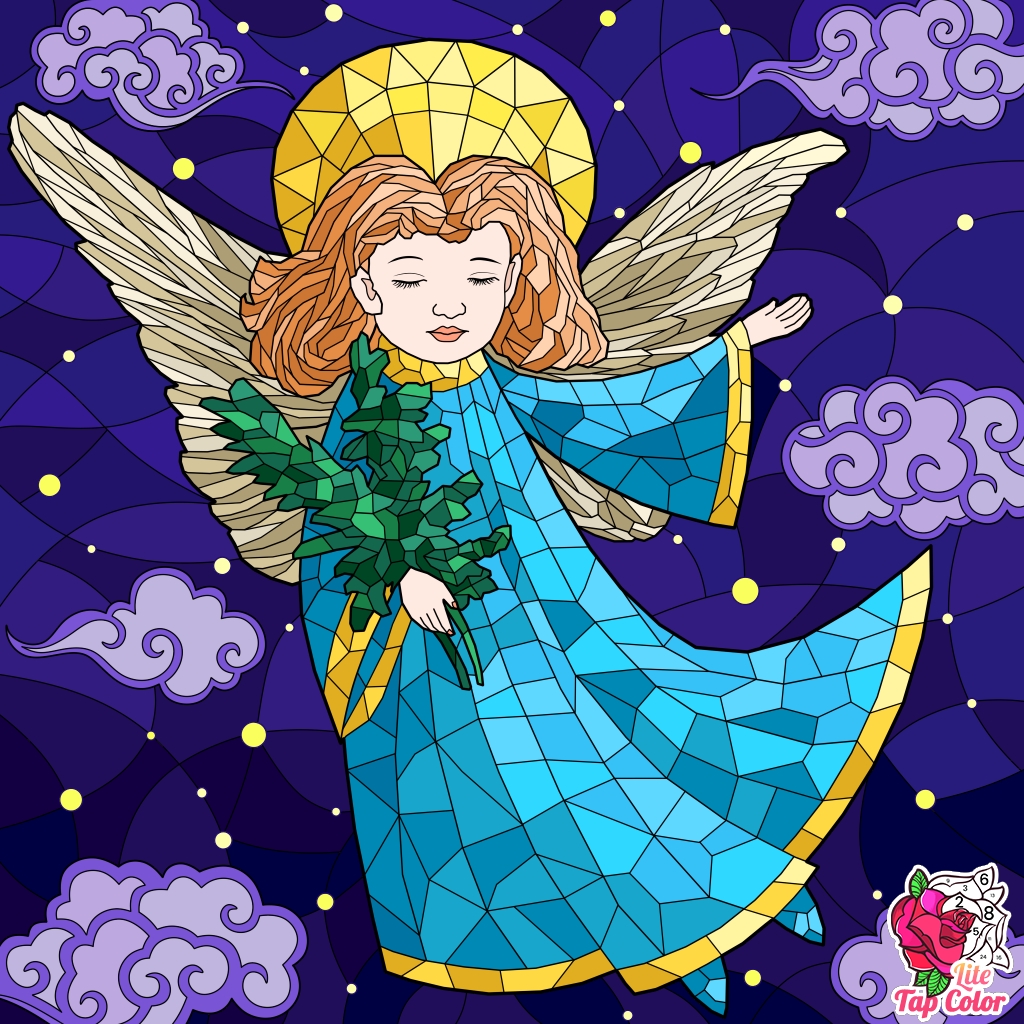 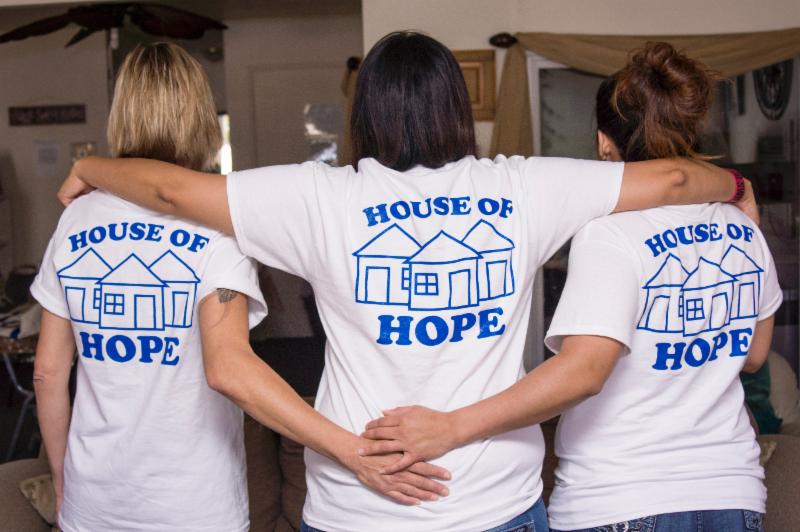 Dear Soroptimists,
I want to thank you for allowing me the opportunity to come to House of Hope. I also want to express my gratitude as I realize how fortunate I am to have the loving treatment that I so desperately needed. Here, I was able to learn about myself. I’m still learning how to breathe. I’ve stopped beating myself up. I’ve forgiven myself and I’m able to smile when I look in the mirror because of your compassionate staff.(My Counselor Cindi H. – Amazing). I’ve been given the chance to learn about some of my trauma. I no longer will allow it to define me. I can embrace my memories of my dad. Your staff helped me there as well. Again, I thank you from the bottom of my heart for giving me the Hope when I felt hopeless. Sincerely M.A.
P.S.I had no idea how to cook when I arrived. I do NOW! I completed 32 months and the curriculum was never repeated. The groups were modern and very informative for me. The staff, each and every one of them had different, compassionate qualities that reflected love as well as well as empathy for me.
Dear Soroptimist House of Hope,
I want to sincerely thank you for accepting me and welcoming me into the House of Hope in Desert Hot Springs and now into Hope’s Horizons in Banning. You have empowered me to take back control of my life and I have been restored to my real and true self. My sanity has returned and once again my life is good. My faith has been restored in God and in humanity thanks to the thoughtfulness, kindness and love given to me by my counselors who worked with me. I have great hopes and dreams for my future and I want to someday be working in the field of recovery because I to give back everything that has ben given to me. My life is richer because of this experience and I am forever grateful to all of you. Thank you so much. D.D. 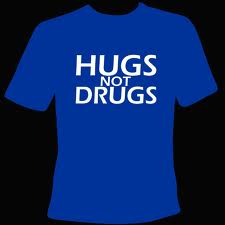 Hello All My Beautiful Women at SHOH,
As you know, I have been to treatment before. Never have I got the attention and care that I received here. No matter how busy you ladies are, you are always willing to take the time and talk with us. Making sure we are heard. The teachings here are so extremely important. I loved working my steps. It has taught me so much about myself and my disease. It has taught me how to deal with anger, parenting, life skills, coping skills and reasons why we used. I can’t lie, we all thing about leaving but the women here keep me from reverting back to my old sell. No more running away from my problems. I love this house and believe it does give us hope. You are not losing a woman, you are gaining one. I’ll back to be of service and I am excited. Thank you for teaching me how to love myself again. I feel like a changed woman. Life is good today. I owe it all to you ladies. Love you gals, SL.
Dear Soroptimist House of Hope,
I am thankful for your support. The house was very family oriented and structured. I feel as if I was a part of something. SHOH has made me stronger, physically and emotionally. I was allowed to find myself and higher power. I was encourage and supported. I now know my worth, the staff were kind and Lupe was amazing. Thank you. J.S. 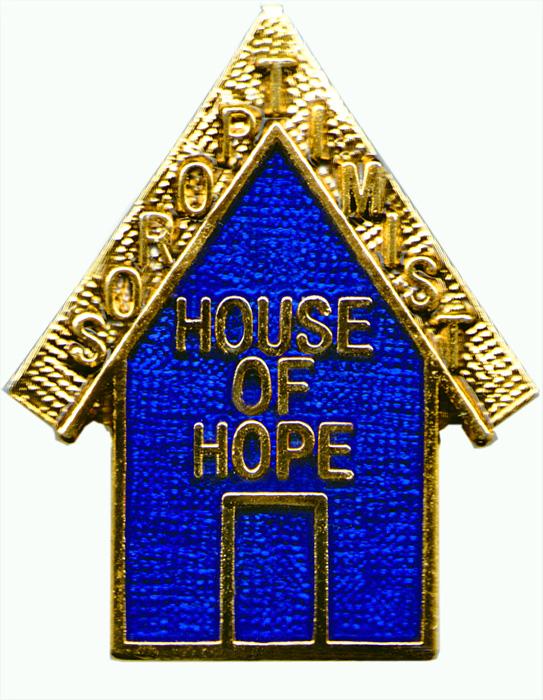 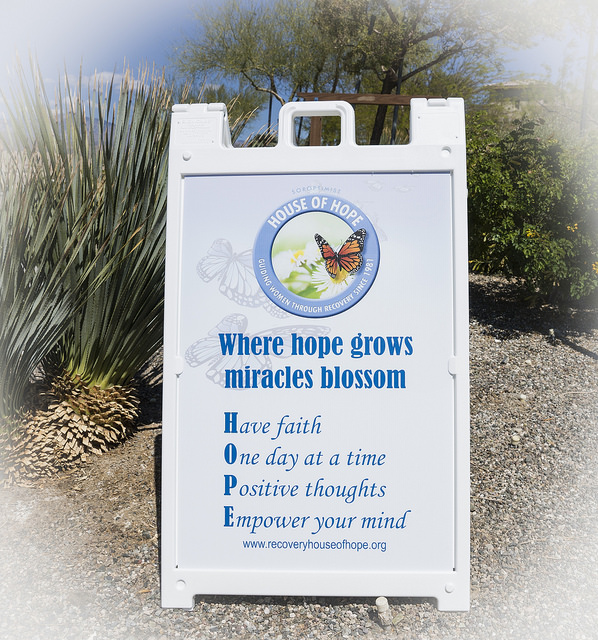 The staff and clients are also involved in many community volunteer opportunities.
Soroptimist House of Hope
PO Box 1055
Desert Hot Springs, California 92240
houseofhopemedia@gmail.com
CONNECT WITH US