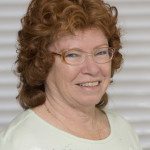 Trish Klimkiewicz joined Soroptimist International of Banning in 2003 and soon became aware of the commitment of her club to the Soroptimist House of Hope. Trish attended open board meetings as an observer and when the position of secretary became available in 2007, she volunteered to serve in that capacity. Trish is a past president of the SI La Quinta Soroptimist club. She has been a holistic Massage Therapist for 25 years and works in the Coachella Valley and Banning-Beaumont Pass area. 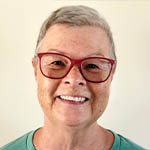 Mary Jo is originally from Connecticut but has lived in California for over 40 years. She has a daughter and 2 beautiful granddaughters. Mary Jo is retired from Downey Savings and Loans. She moved to Yucca Valley 5 years ago and has been a member of Yucca Valley Soroptimists for 3.5 years where she serves on that board. Mary Jo was on the SHOH Advisory Board and has now stepped up to SHOH Governing Board in 2020. 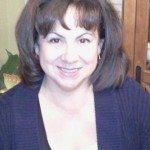 Maria D. Cox is a retired certified Substance Abuse Counselor (CATC) and, certified Clinical Supervisor, with over 32 years of experience in the field of Substance Abuse treatment. Maria retired from Riverside County Substance Abuse Program in 2010. During her years with the County she worked as a counselor, program supervisor and was eventually promoted to Treatment Coordinator. Maria continues to work in the field even though she has retired from the County. She presently teaches at San Bernardino Valley College and U.C.R. Extension. 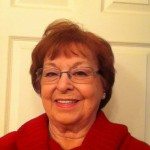 Charlotte Hughlett has worked in the legal community for over 50 years – as a legal secretary, paralegal and administrative assistant to the Judges at the Joshua Tree Superior Court. She is semi-retired, working part-time as a paralegal. She also has a small jewelry business in Yucca Valley where she lives with her husband, Bert. She has been a member of Soroptimist International of Yucca Valley since 1988. 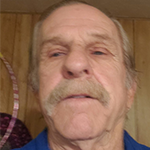 A land surveyor by trade, a volunteer by avocation, brings 25 years of experience with personal recovery. A long-time resident of the Desert Hot Springs area, Mike has seen both the good and bad sides of this community. Personal experience with the House of Hope comes through a wife and daughter that have been in the program.
Having been actively involved in maintaining an open meeting hall and procuring a new location for 12 step recovery meetings through these current times has been hard. 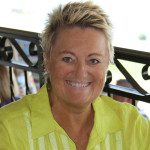 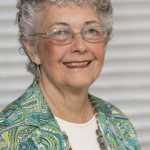 Dot Reed has been associated with SHOH since its beginning in 1981. She has served the organization in many positions and is a Past President of the Board of Directors. She was a Soroptimist member for 28 years. Dot retired as a Medical Claims Manager and then again as a Weight Watchers Leader after 30 years of counseling. 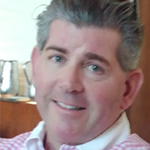 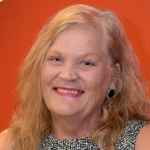 General Board of Director Duties

Specific Board of Director Duties:

Our beloved friend and co-founder of Soroptimist House of Hope, E. Brigitte Lange Page, passed away of natural causes at her home in Banning on December 3, 2013.

E. Brigitte Lange, known by her friends and loved ones as Brigitte, was born in Berlin, Germany on September 16, 1924. Growing up in Germany while Hitler came into power in 1933, Brigitte and her family lived in terror because of her mother’s Jewish heritage. Unable to attend college, because the Nazis considered her “non-human”, she entered business school. She became fluent in several languages and was proficient in accounting, typing and shorthand. She worked in the Japanese Embassy as a translator. After World War II, she got a job at the American Embassy in Berlin, and in the summer of 1946, she met her husband of 58 years, a “crazy” America as she describes, Lt. Wilbur (Bill) E. Page, in the 252nd Army Corps Engineers.

Brigitte came to America on September 9, 1947 on a War Bride quota, as the bride of Lt. Page. They lived in upper New York State, where she worked for General Electric until 1957, when Bill’s health required them to move to a warmer climate.

After moving to Banning from New York, Brigitte showed no signs of slowing down. She was co-owner and business manager of Page Auto Exchange/Page Datsun, which she and Bill began in 1957. They sold the business in 1979. In addition, Page wrote a column in Banning’s local community newspaper, Record Gazette, for nearly 25 years, called “Brigitte’s Corner”. In 1976, Brigitte became Banning’s first woman Mayor after being elected to City council from 1975-1984. She was elected by the council to serve as mayor again 1982. She was also the first woman President of the Riverside County Mayor’s and Councilmen’s Conference in April 1980. Brigitte was an example of a wonderful leader who’s commitment and work made a direct impact in her community.

Brigitte contributed her time and heart to a numerous amount of organizations serving titles such as President, Director, Treasurer, Fiscal Officer, and Director Emeritus. In addition, she received over a dozen awards and recognition. Above all, the contributions closest to her heart and that she found the most rewarding where the Soroptimist International, an organization of women helping women, and Soroptimist House of Hope, a recovery home for women with alcohol and chemical dependency in Desert Hot Springs, which she co-founded in1981. Brigitte is also credited as the founder of the former San Gorgonio Childcare Consortium, and established the San Gorgonio Hospital Foundation.

For more information and further details on the life of E. “Brigitte” Lange Page, please visit the following link for an article written in detail on her heartwarming escapades http://www.recordgazette.net/news/article_6c5bbaec-684b-547a-b1e0-d0d40d4fa18d.html

“Thank you for saving my life.”
– Mary